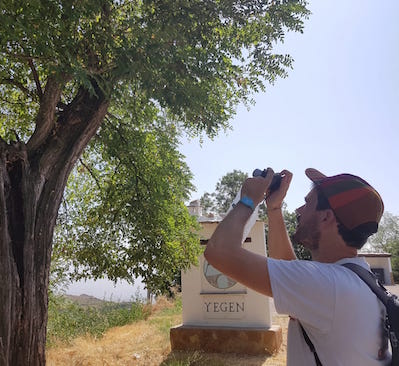 The Diary of a Botany Beginner

It was always my intention, at some point, to be a botanist. I just somehow never quite got around to it. Bugs, birds, and bats have always been more my bag, but I still assumed at some point that botany would be too (if only for the alliteration).

Plants after all have the convenient habit of, by and large, staying put, so I figured it would be easy enough to get to grips with them once I’d tired of my pursuit of the seemingly more exciting characters in the animal kingdom.

It is now clear however, that I have been missing out.

Spending the last four months in Las Alpujarras, helping out David and Emma at Las Chimeneas, has convinced me to take the time to look. It has been a delight to discover the depth of intrigue and joy that comes from giving plants half a chance. 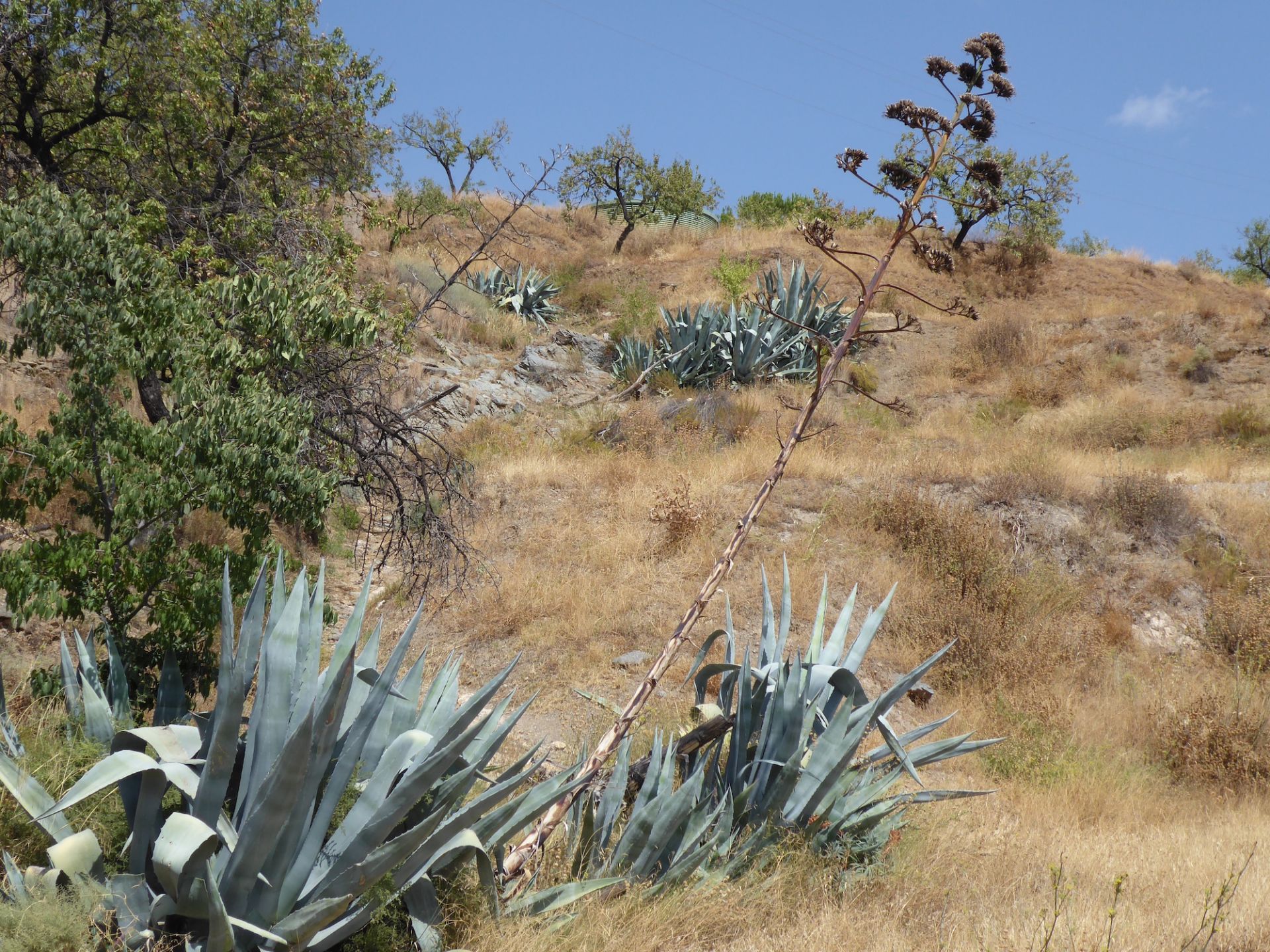 Botany in Las Alpujarras can be rather brazen, and after arriving in Mairena in August last year, my first introduction was hard to miss. The Agave, commonly known as century plants, are enormous here: flowering stems thrust up from clusters of huge, swollen sword-like leaves, to reach heights of up to eight metres. They form striking silhouettes against the skyline, cocked at 20-degree angles on the sides of steep slopes.

These plants, dramatic and exotic as they seemed to someone more at home on the slopes of the Shropshire hills, instantly grabbed my attention. Here were some plants that I could get excited about. I was keen to look for more. What I was soon to learn however, was that greater rewards await those willing to look a little harder.

Even the seemingly familiar have offered up surprises. So used to seeing herbs such as thyme and rosemary ground up ready to sprinkle into dinner, I was blown away by the beauty of these plants in full bloom on the hillsides outside Mairena. They fill the landscape with fragrance and colour, alongside other edible pleasures, such as wild asparagus, sweet fennel and mint. There are seven species of mint here alone (though three currently elude me). 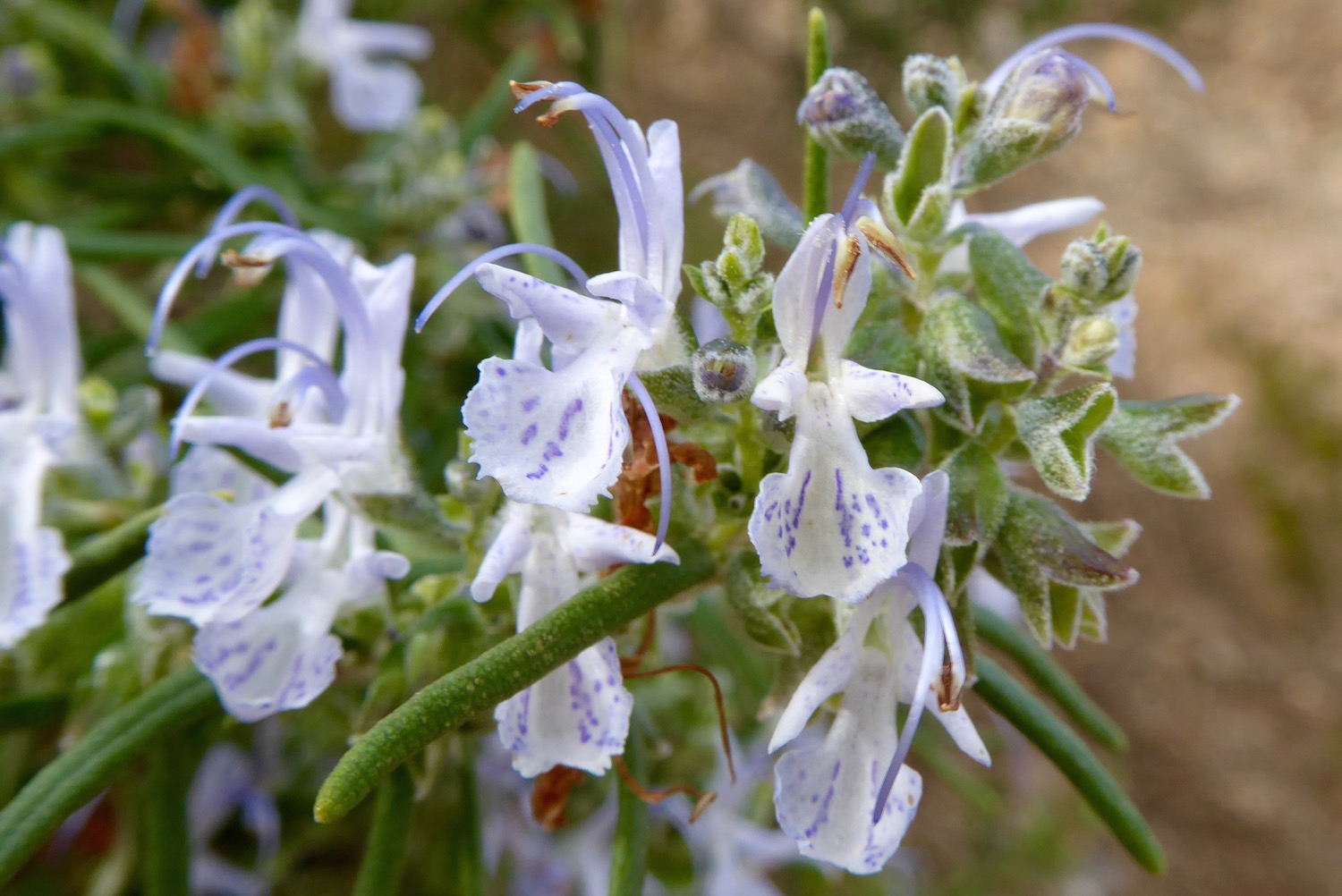 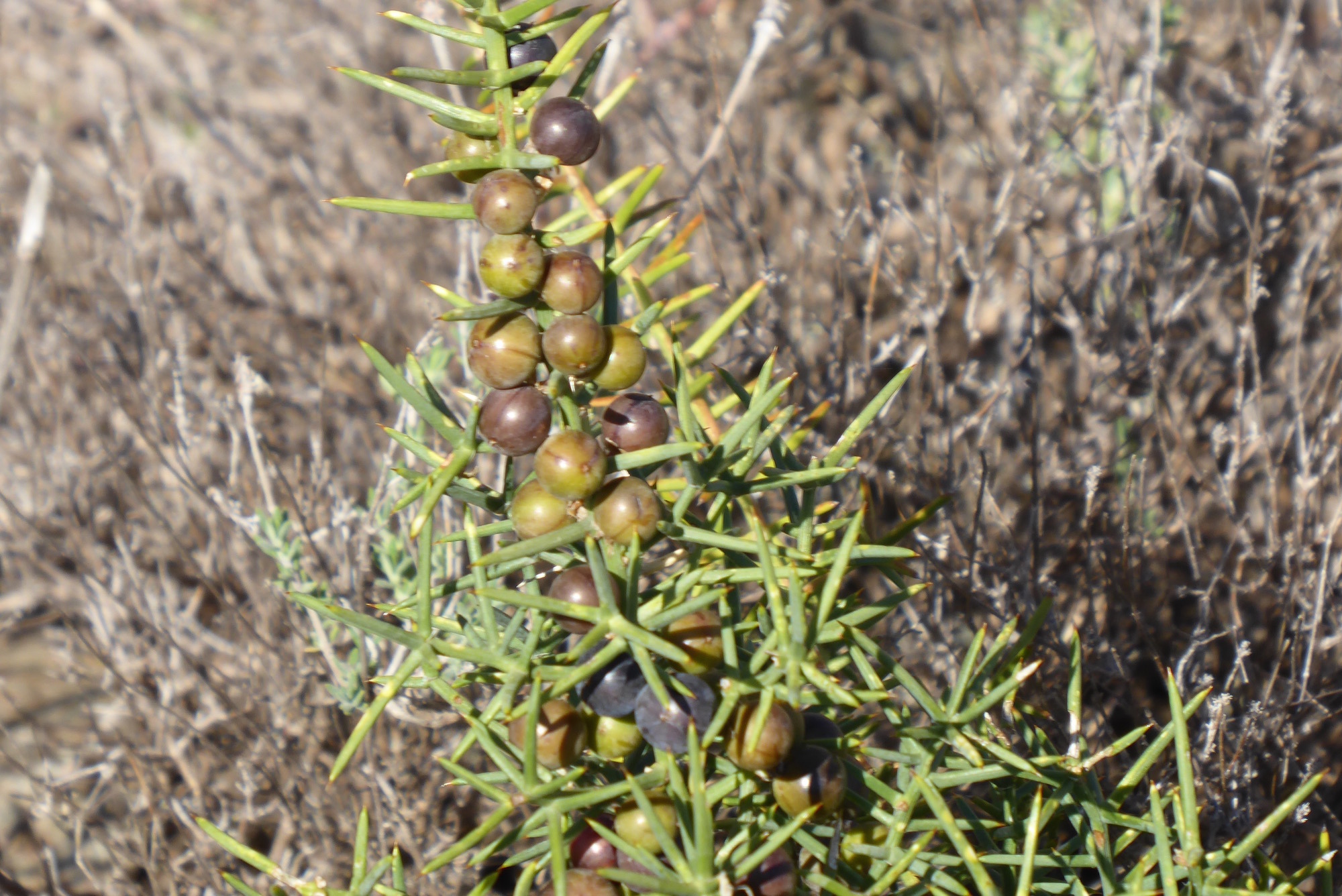 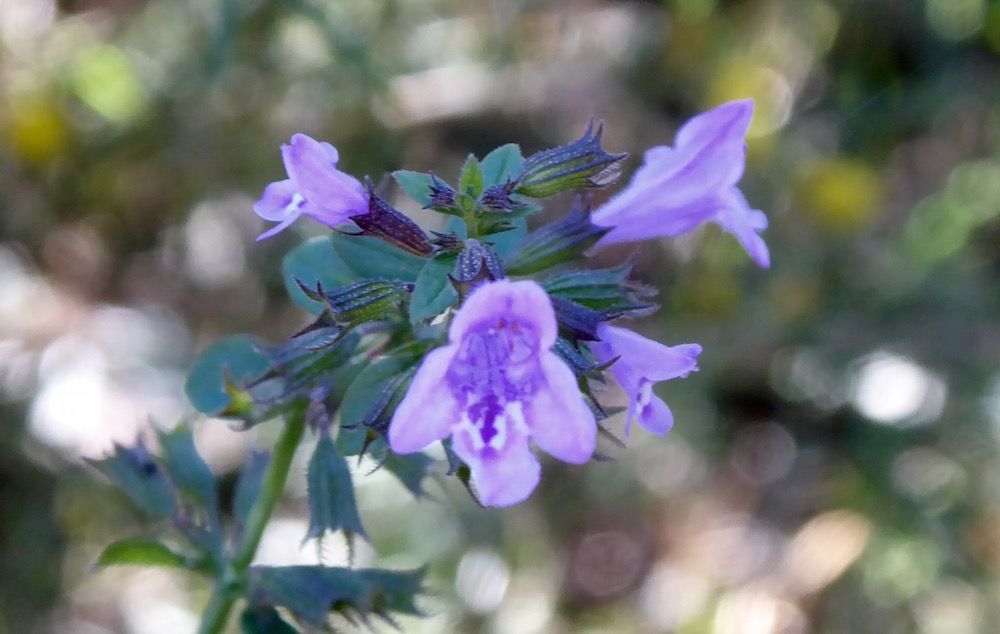 A warning though, it is easy to get carried away with the pleasure of new identifications. The thrill of the chase can lead to hasty conclusions. For weeks I was confidently assuring visitors to Las Chimeneas that a woody shrub with yellow clustered flowers, common and conspicuous locally, was Woad. It was only later, on closer inspection, that it became clear it was in fact a totally unrelated perennial herb, Bupleurum gibraltaricum. Apologies to all those guests that left with colourful visions of the Moors invading southern Spain covered in dazzling blue dye.

Better understanding the local plants however, is of course a wonderful way to discover an area’s history. The unique assemblage of flowers, trees and crops in the Sierra Nevada tells a fascinating story: continents colliding, receding ice caps, people and plants on the move. The result is a diverse local flora full of endemics, combining North African, Alpine and Mediterranean-type species with more recent additions. The Arabic influence in particular is well pronounced on the land. The Phoenicians for example, introduced the Olive tree to Spain, as well as advanced irrigation techniques, while the Moors brought with them almond and mulberry trees. These have all become a quintessential part of this landscape, history and cuisine. 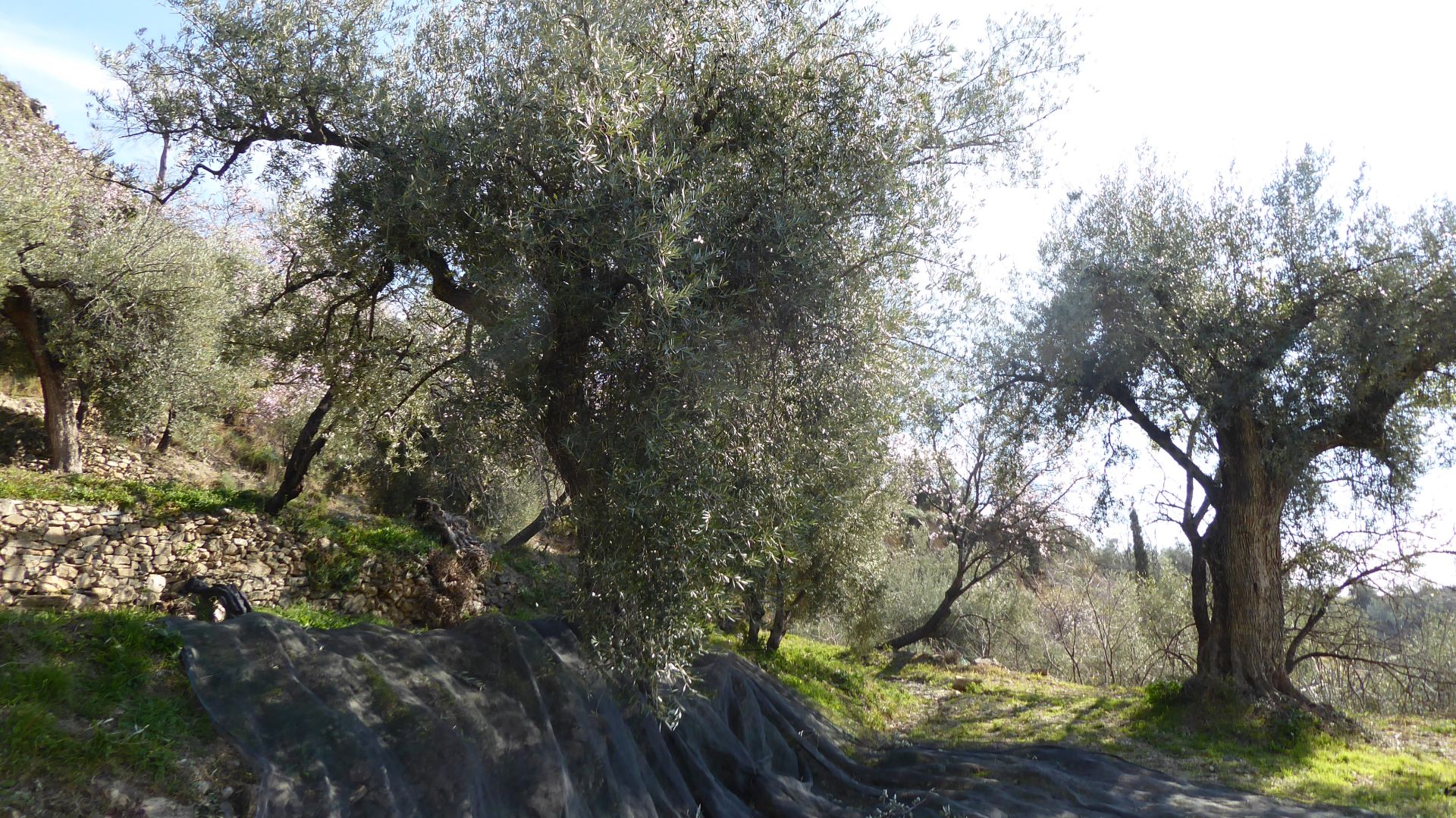 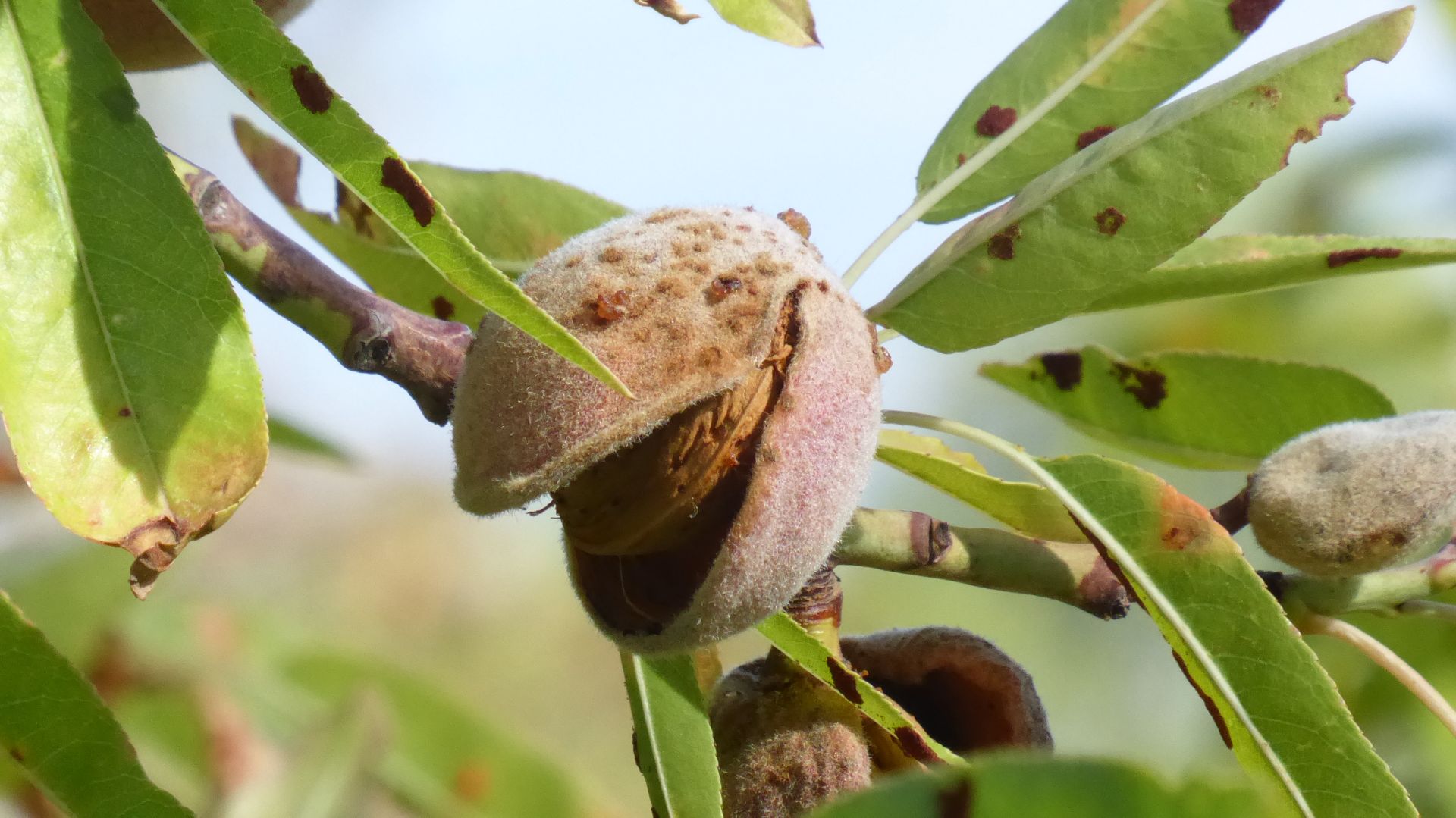 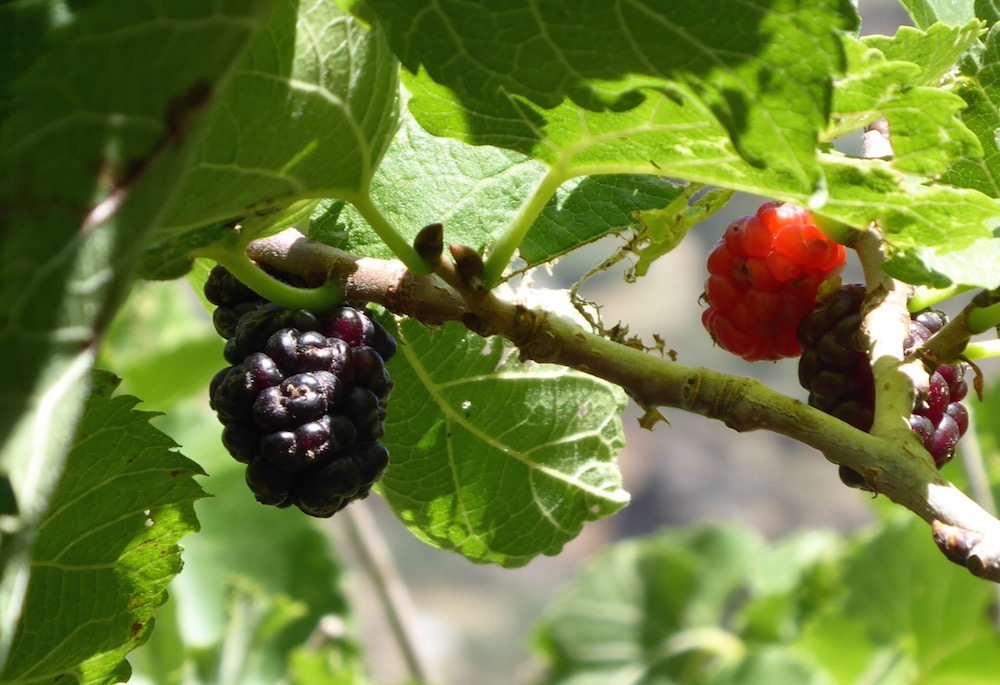 Other plants in the area tell tales of Spanish conquistadores. The shrubby Wild marigold, with its pretty bundles of tiny, yellow-white bouquets, shot up all over the place in late October, but it’s original home is South America. As the Spanish colonialists returned from their far-reaching forays, wild marigold came with them. It has now been naturalized in Europe.

Another pretty yellow flower I have stumbled across turned out to be a more recent visitor from distant lands. The Bermuda buttercup, as attractive as it is, is an invasive species from South Africa. Once present, it can be a persistent and abundant agricultural weed. 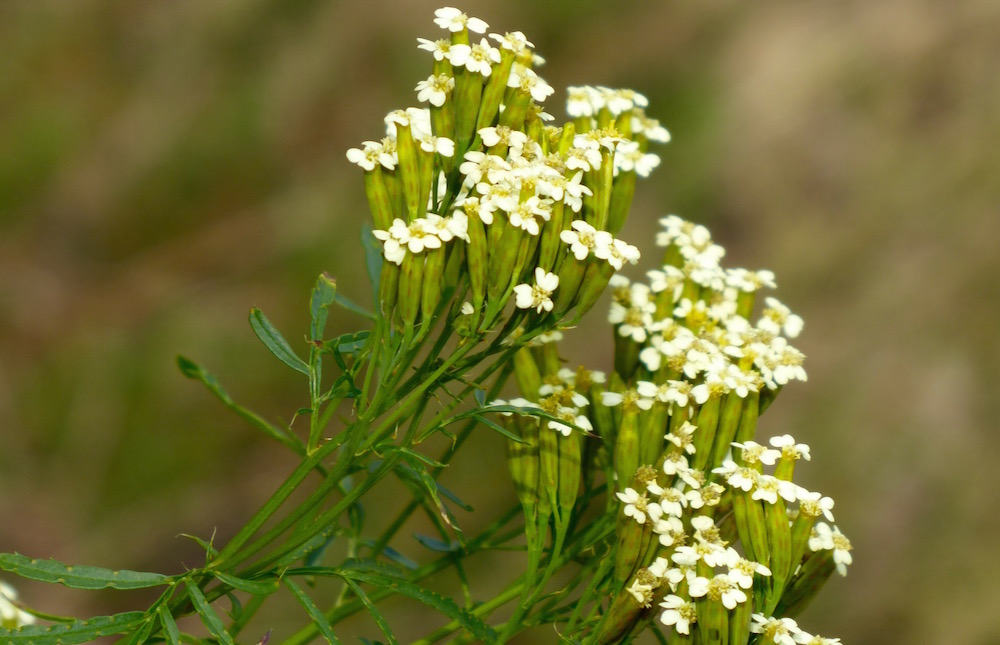 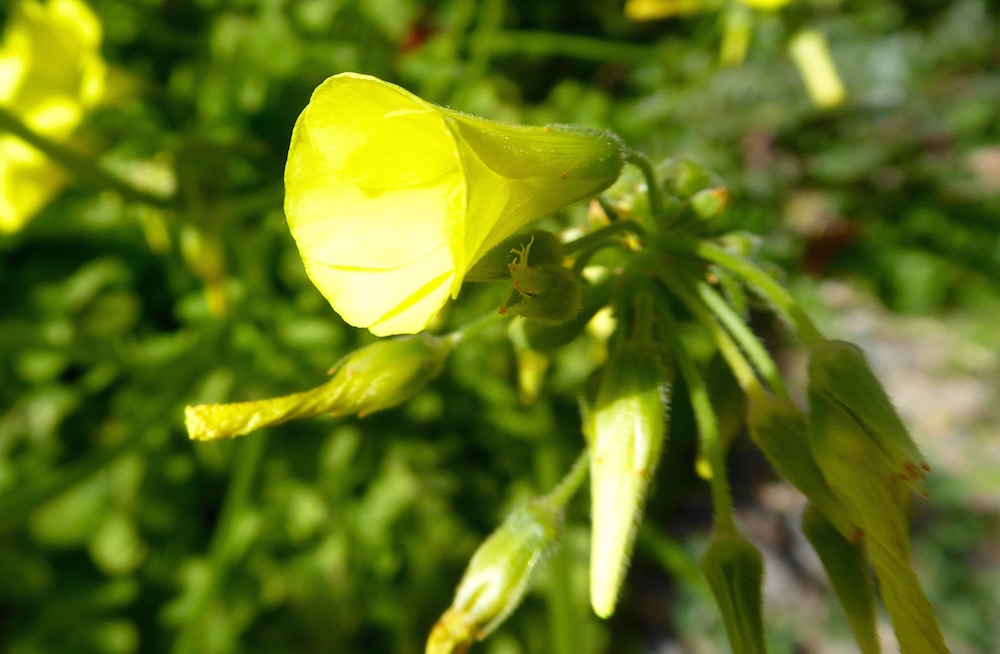 For better or worse, globalisation is alive and well in the plant kingdom and it leaves us with a beautiful tangle to unpick.

Of course local flora does not just offer a read on an area’s history, individual plants themselves are frequently the scenes of their own mini dramas. Upon first spotting the Andalucian pipevine, casually draped over the spine of a cacti, I assumed it was carnivorous, like the visually similar pitcher plants. Yet all Aristolochia, the genus this particular plant belongs to, are more merciful than that. Instead, once the innocent insect has been attracted by the whiff of rotting flesh (each to their own), they scuttle down the plants entrance and become trapped by thick hairs. Once the pollinator prisoner has been given suitable time to cover itself in the plant’s pollen, the pipe vine’s hairs whither, allowing the insect to escape. The hope is that the same trick can be repeated, with pollen couriered to another plant, leading to cross-fertilisation. This is just one example of course; each plant is the protagonist of its own drama, playing out right under our noses. 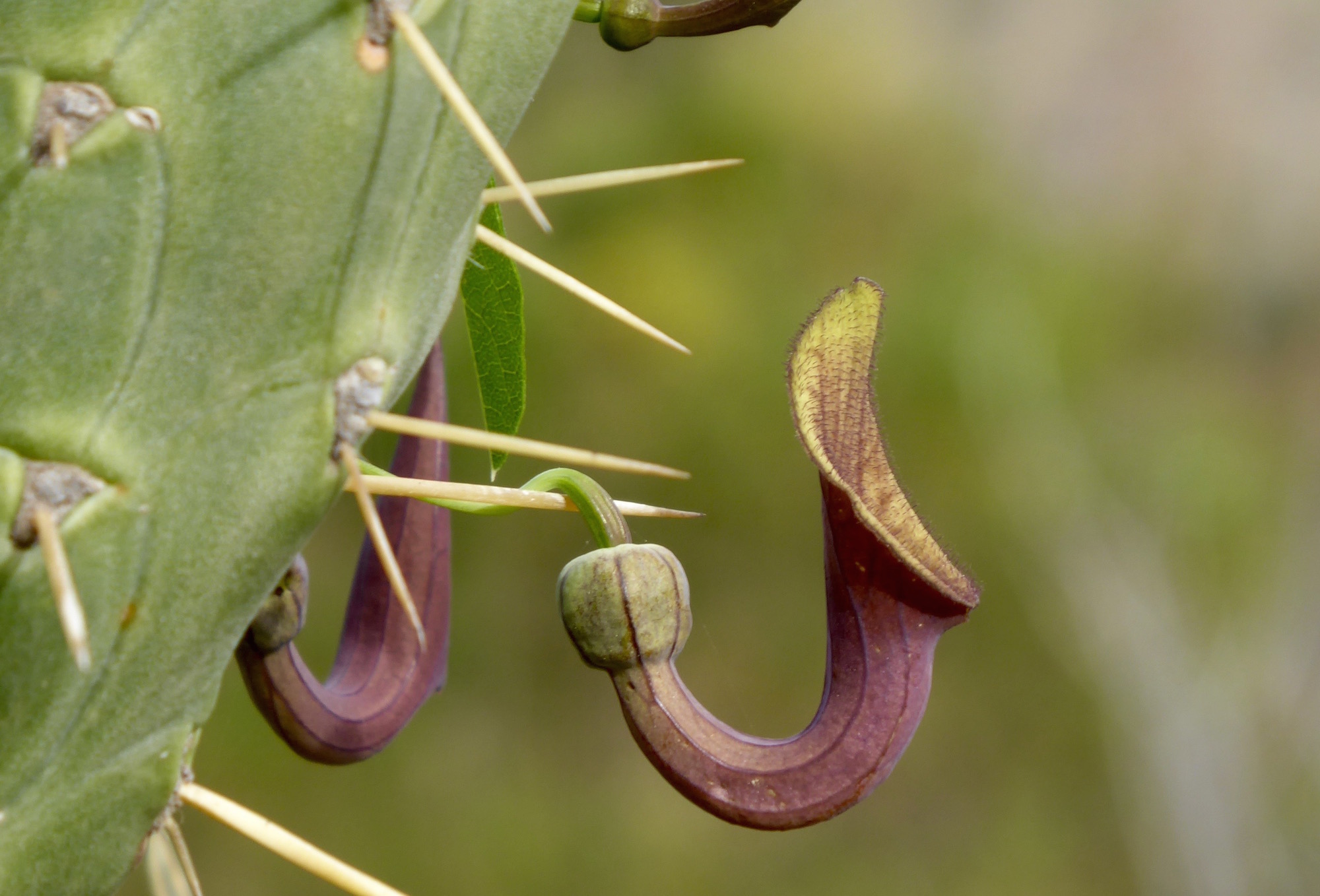 Perhaps the greatest pleasure of botanizing in one place over a period of time is observing change. The wild marigolds of October have conceded the fields to greater celandine, while purple wallflowers and sow thistles are now in flower on the ragged slopes where previously great willowherb and wild carnations were in bloom. The seasons can be traced by the patterns in plants: flower, fruit, seed and death. In Las Alpujarras however, it seems we have missed winter, and January is replete with flowers as we race towards spring. Specks of colour punctuate the vegetation, and the New Year has been dressed in the pinks and purples of snapdragons, mallow, cistus, furaria, alfalfa, storks’s bill and almond blossom. 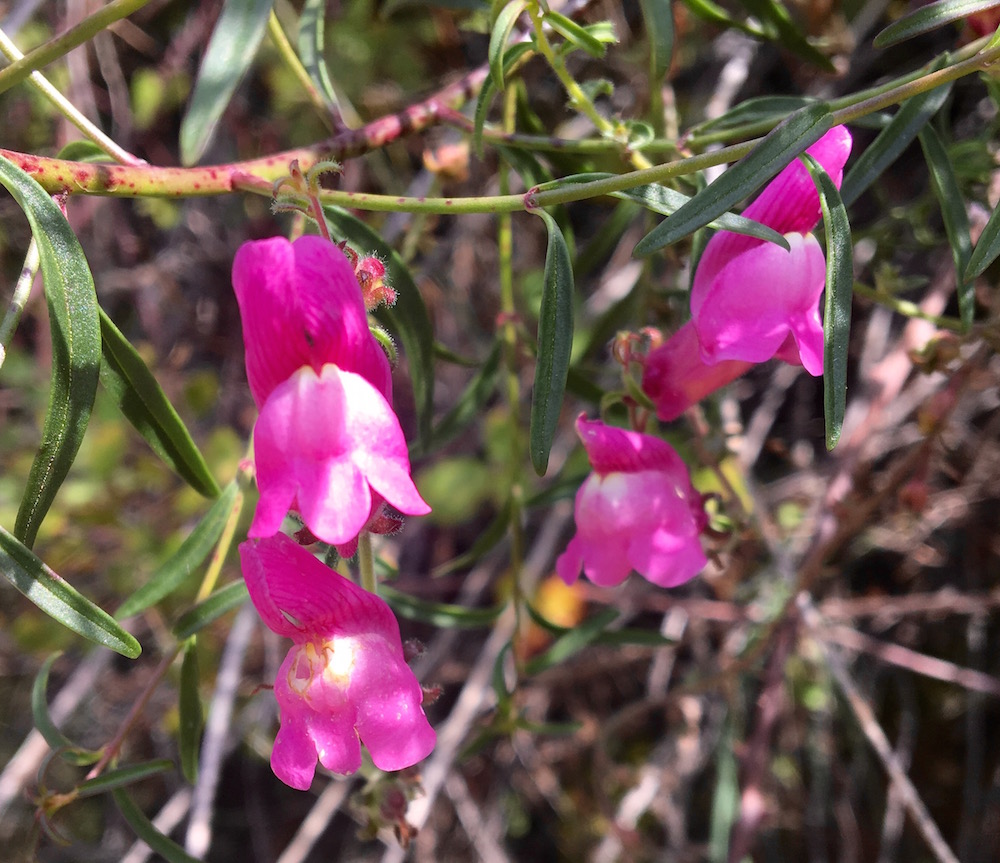 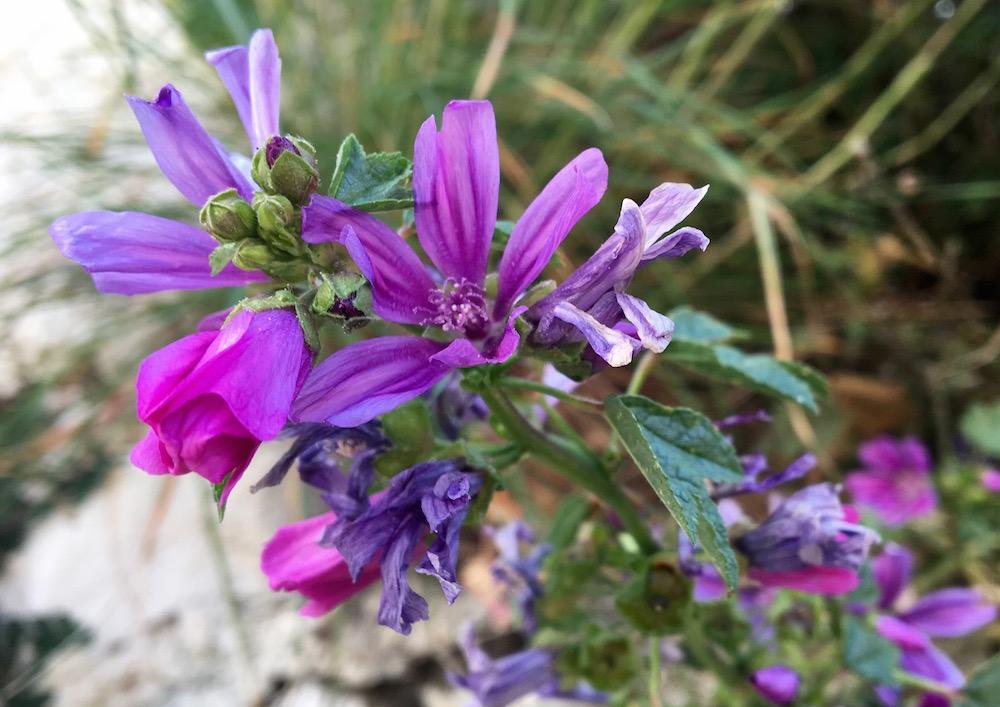 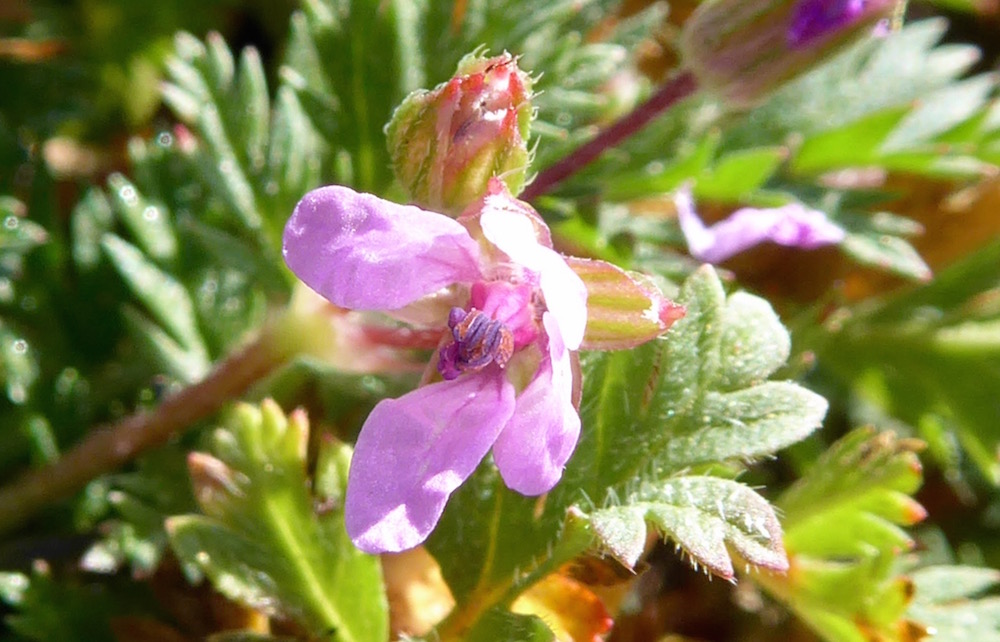 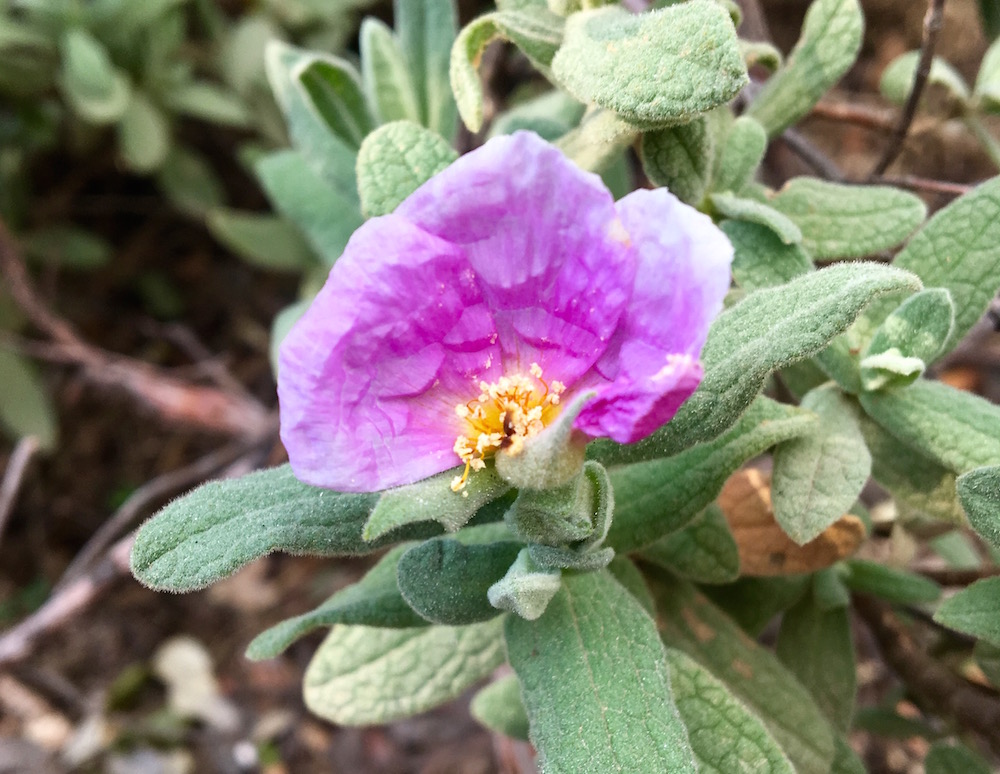 What is most exciting however is that the best is yet to come, and I for one cannot wait. The bugs, birds and bats can take a back seat for a while, because the spring flowers are coming, and this time I’ll be ready for them.

Join us at Las Chimineas for our Botany Week with botanist Mark Spencer, to enjoy the botanical joys to be had at the start of an Alpujarran spring.